Riviera Maya is also known for its rich gastronomy and deliciously cuisine. Check out these bars, cafes, and restaurants on Riviera Maya.

Discover the best nightclubs and bars on Riviera Maya. Check out some of these cozy places for rambling around, letting loose and dancing. 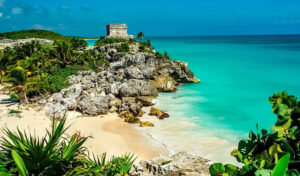 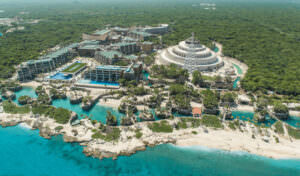 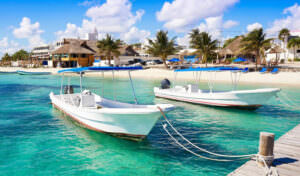 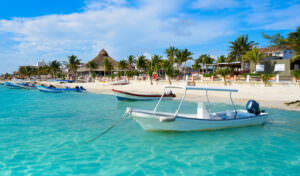 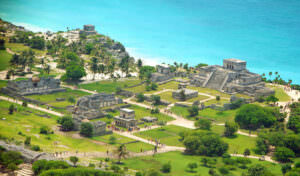 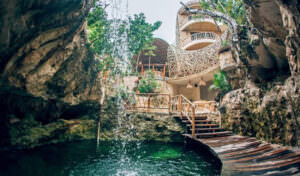 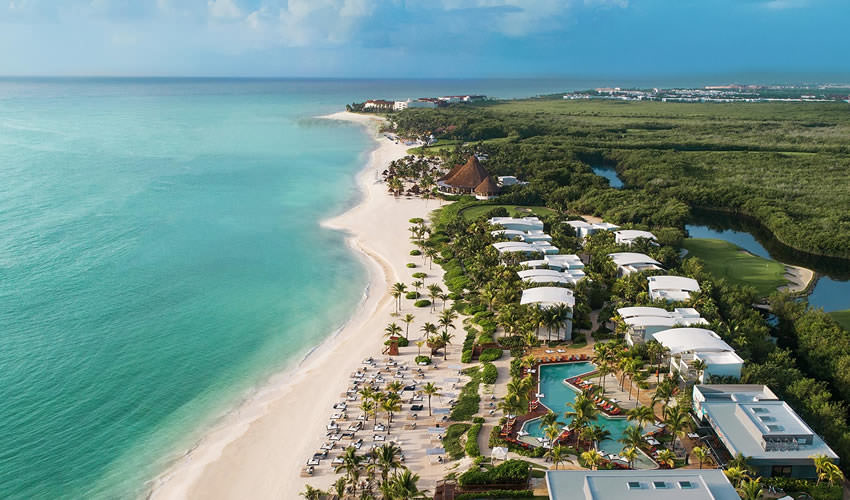 One day trips on Riviera Maya

Traveling to the Riviera Maya is a chance to experience a true Mexican paradise.

Be it the sapphire waves, powdery white shores, or ancient ruins buried in the lush jungle, every square inch of some 80 miles between Cancun and Tulum exudes an excuse to ooh and aah.

In Cancun, you’ll find much more than a spring break destination – there are sophisticated restaurants and nightlife that could rival those in more urban locales. And if all that’s in plain sight isn’t enough to make you feel you’ve walked into a living postcard, there’s its underwater counterpart, where what awaits below the surface is just as jaw-dropping.

It is the northernmost town of the so-called Riviera Maya. It is located 16 km south of Cancun International Airport and 32 kilometers south of the city of Cancun.

Like many other coastal towns and cities, Puerto Morelos was born as a center of activity for local fishermen. Without detaching itself from its origins, today it is positioned among the classic destinations of the Riviera Maya as a more than interesting option.

Unlike Cancun and Playa del Carmen, here you can enjoy a relaxed atmosphere and a lot of tranquility amid beautiful beaches that guarantee spend unforgettable days by the sea.

The coastal town has a varied offer of hotels and restaurants with cheap prices and low density. To the north and south of the town, there are just over five thousand rooms in grand resort hotels.

Off the coast of Puerto Morelos is the Puerto Morelos Reef National Park, a protected natural area whose shallow barrier reef is a very short distance from the beaches. Due to the low waves, the place is ideal for windsurfing, snorkeling, and diving.

It is the largest and most cosmopolitan city in the Riviera Maya, the city is in constant population growth.

In addition, it has its hotel zone called Playacar, which initially was where the highest category hotels, shopping areas, residential areas, aviary, and golf course were located, from there you can travel to the island of Cozumel, boarding the famous ferries.

Exclusive tourist and residential development with a high level of privacy and a warm and hospitable nautical atmosphere. In addition to being the most complete marina in the Yucatan Peninsula, it also has beaches and a 9-hole golf course.

There is a project to expand to 18 by 2010. Within the same development, we find hotels, a golf and tennis club, a beach club, a school, a shopping area with a museum, shops, restaurants, and bars.

It is a tourist destination with low hotel and residential density. It has The Yalkú lagoon is located to the north of the town and is an option for snorkeling, as well as the reefs near the beach.

To the northwest, there are several cenotes for diving or swimming. In the town, there is a small museum created by the CEA (Akumal Ecological Center). To the south, 4 km away, is Aktun Chén, a cave with three galleries that present formations of stalactites and stalagmites and a cenote inside.

Archaeological zone of imposing beauty on the shores of the Caribbean Sea, bathed by its turquoise blue waters. It was an ancient commercial port and walled Mayan city. The population has good and varied hotel offers, as well as restaurants.

To the west are various cenotes and the ruins of Cobá are located approximately 40 km away.

It is an archaeological site of the pre-Columbian Mayan culture, located in the southeast of Mexico, in the territory that today occupies the state of Quintana Roo, about ninety kilometers east of Chichén Itzá and about forty northwest of Tulum.

Other research authors from the National Institute of Anthropology and History, however, offer slightly different translations of the term Cobá, among which may be mentioned ‘water from the chachalacas’, since cob is the name of that bird in the region; ‘gopher tooth’, also from the Mayan coh ‘tooth’ and bah ‘gopher’; or ‘abundant water’ from cob ‘abundance’ and ‘ha’ water.

The Sian Ka’an Biosphere Reserve (Mayan language: Gate of Heaven, Place where the sky is born) is a protected natural area located on the Caribbean coast of the state of Quintana Roo (Mexico). It was declared a World Heritage Site by UNESCO in 1987.

Here you reach the southernmost destination, which is Punta Allen and the town of Javier Rojo Gómez.


Use these tags to read more related posts and reviews:


Travel and discover Riviera Maya. Here you can find all tourist and historical information about Riviera Maya, places of interest, suggested excursions and recommended routes, and much more.